Add Kro to your monsters!

He has a first skill like other Inugami but he's better since he is dark element, because his attack doesn't glance and so he is more like to apply the defense break debuff.

The second skill makes him attack with another random ally: this skill can be very effective since he defense breaks with his attack and if the ally that attacks with Kro is a good damage dealer (like Perna or Theomars) this combo can be davastating on the opponent.

This skill makes him on the best 3-star monsters in the game for deal single target damage especially in PvE.

He is often used in the Elemental Dungeon Beasts (like the Light Raid Dungeon, alongside with monsters that use brand effect skills like Amarna or Stella, to maximize his damage output when the Boss is under the groggy state.

In-depth stats about Kro could be retrieved on SWARFARM

Scratch
370%
Attacks the enemy with razor-sharp claws and decreases their Defense for 2 turns with a 50% chance.

Scar
570%
Attacks on the enemy's wounds. Damage is increased by 50% if the enemy is under a harmful effect. (Reusable in 4 turns)

Team Up
450% +?
Teams up with another ally to attack an enemy. The damage increases by 20% for each harmful effect on the enemy, and this effect also applies to the ally who attacks together. (Reusable in 3 turns)

Scar
720%
Attacks on the enemy's wounds to leave a Branding Effect for 2 turns. The damage increases by 50% for each harmful effect on the enemy. (Reusable in 3 turns)

How to get Dark in Summoners War

You can obtain from Light & Dark Scroll , Secret Dungeon , Temple of Wishes

How many Devilmon to max skill-up Kro?

Mininum and maximum stats for any level of Kro

Please MIND this monster because with the 2nd awakening he can be one of the great 2019 news in the game.
Once second awakened, the damage of S2 and S3 (specially S3) is just insane if the enemy has enough debuffs, so I already know a lot of people (including me) interested in this unit for R5 raid.
I´ll give more feedback as soon as I can test him.

This is probably the unit I'm most excited about, I'm still building and skilling it up so I couldn't second awaken it yet but he's kit sound awesome. Of course that R5 is going to be a perfect place for him but there are some other options for him, like pairing him with multiple debuffers like Rica and bombers, when attacking with his second skill it will reduce the cooldowns of the ally he is attacking with (just like twins) and bombers s1 dmg also scale with debuffs so it can be quite good.

I'm hoping the get him second awakened and 6* soon to finally test it.

Finally leveled and 2nd awakened. My Kro is still "unskilled" after the awake and his runes are far from being top ones. I haven´t really tested a lot, but in only a few runs here´s what I´ve found out:

1.- In the LIGHT beast I placed him instead of a nuker (Tien Qin). My previous record was 5,4M and in the first try with Kro I got 6,2M. Absolutely impressive performance.

2.- Tested in R5 both in my main and 2nd teams replacing Xiao Lin and Hraesvelg respectively. Kro can deal large amounts of damage but needs a couple of cleansers for optimum performance. He´s much better than Hraesvelg (my barbarian is in a full damage build) and slightly better than my Xiao, but the KFG is full skilled and has better runes than Kro.
Build for R5: I really suggest a VAMPIRE build. If you´re going Rage/Fatal consider adding high HP substats or use %HP in rune 2/6.

PvP Build: Seriously consider using SPD in rune 2 instead %ATK and a couple of Will runes. Rage/Fatal are recomended but Violent is also an option. 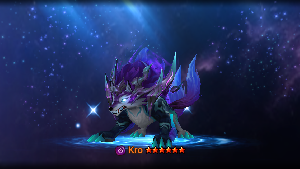 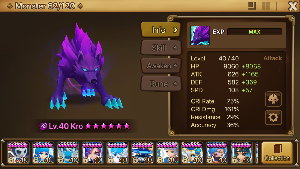 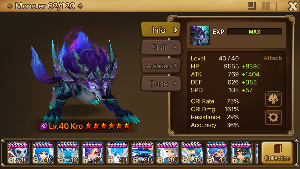 Kain, Im going to send you a friend request in game. You got an inactive to replace possibly?

I’ll make room for you. What’s your name in sw? Let me know before sending the request because l will reject any random ;)

Its the same as here

I build him for an overall unit to use.

I use him in R5 with Xiao and he makes a fantastic job.

Same in rift and in the dungeons.

With the 2 awakening he is a real gamechanger in all