Add Alexandra to your monsters!

In Human Form the second skill attacks all enemies and also puts increased glance chance and attack break effects. This is good to use on ToA and ToAH, to mitigate damage from incoming attacks, also it could be good to put her on Despair Build for this purpose.

Moreover she has a passive in Human Form that allows her to buff her own attack bar by 25% per critical hit, so if she attacks four targets with her second skill and crits everytime, she gains another turn.

Violent Build: Violent/Nemesis or Violent/Will - SPD / %HP / %HP with 100% crit rate from subs and lots of HP and speed 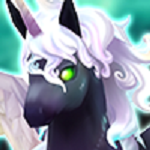 Dark Horn
180%+12%
Attacks and Stuns the enemy for 1 turn with a 25% chance. The damage increases accordingly to your MAX HP.

Other Side of the Moon (Passive)

Reflects 30% of the received damage back to the enemy. [Automatic Effect]

Moonlight Flash
420%
Attacks all enemies to increase the target's chances of landing a Glancing Hit and decreases the Attack Power for 2 turns. (Reusable in 5 turns)

How to get Dark in Summoners War

You can obtain from Temple of Wishes , Light & Dark Scroll

How many Devilmon to max skill-up Alexandra?

Mininum and maximum stats for any level of Alexandra

- Her human form is a total garbage that has no hp and deals no damage, her AI is pretty awfu and change to human form for no reason.
- no damage
- no leader skill
- passive worst than a dark yeti passive or a dark polar queen passive which are equivalent but really more powerful.
- shield without any other buff contrary to 99% of monster with this kind of skill (usually immune, crit reduction of atk)

In conclusion, I tried to make her shine in many situations but didn't find any situation where she did a better job than good nat 3 and nat 4. The less bad build for her was full revenge hp hp hp/spd with crit subs and res or violent/revenge with the same subs

She has the build of an average nat 4, if she was not a l and d nat 5 I had already food her... It's a trophee or a luxury food.

KainMH3
06 July 2017 18:30
Don´t be sad. Wedjat was not better than many nat4s before he was buffed. Just let COM2US get feedback so they can buff this unit and make her a good one. Don´t lose you faith ;)
Login to Comment