Add Helena to your monsters!

Helena has a good second skill which puts a shield on all allies (30% of her MAX HP plus 20% on all other allies).

With this skill she is one of the best anti-Lushen monsters for Arena defense, just think about how much shield can she put on allies: using good runes on her, it's not so difficult to have 35K+ MAX HP, hence 20% MAX HP on allies equals to a 7K+ shield.

Helena can be also effective as a support damage dealer with her skillset as Human Form with AoE Defense Break, Attack Power increased by the transformation and a passive skill similar to Verdehile's one but on herself; however this skill applies whenever she hits an enemy, meaning that if she hits four enemies (for example in Arena) with her second skill, her attack bar will go up by 25% times 4, and so she will gain another turn. 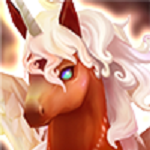 Fire Horn
180%+12%
Attacks and Stuns the enemy for 1 turn with a 25% chance. The damage increases accordingly to your MAX HP.

Swaying Flames
420%
Attacks all enemies to decrease their Defense and absorbs the Attack Bar by 10% each for 2 turns. (Reusable in 5 turns)

How to get Fire in Summoners War

How many Devilmon to max skill-up Helena?

Mininum and maximum stats for any level of Helena