Stackable bonus: 30% HP with 2 sets, 45% HP with 3 sets. It is stackable also if multiple monsters have shield sets equipped and the shield total amount will be based on the one with the highest base HP.

This shield is a removable buff, it will not reactivate after revival but it will reactivate on a new stage (Dungeons, Scenarios and Toa but will not in Secret dungeons).

Where to get Shield runes, drop and farming guide:

When should you buy an Shield rune at the Magic shop?

Buy only legendary and 6 star runes with good stats and substats, check out next paragraph for stat review.

Look for speed and %HP stats as substats in all runes and for even runes look at the following main stats suggestions:

Which monsters works with Shield runes

Shield runes are really useful on monsters like: high base HP monsters , HP tanks
Here is also a couple of monster with the appropriate link to the detailed stats and review

Chilling (Water Jack-o'-Lantern) is a good utility-attack monster Chilling has a great passive-thir..

Chilling (Water Jack-o'-Lantern) is a good utility-attack monster Chilling has a great passive-third skill: whenever he lands an attack on the enemy, Chilling steals a beneficial effect from the enemy. Moreover his speed increases according to the beneficial effects on him. His first skill is a thr..

Shi Hou is great DPS unit in Summoners War with very interesting Crowd Control capabilities.His skillset is unique, especially after the November 2017 Balance Patch: - First skill has the chance to stun the enemy (like any other Monkey King has). - The second skill has a good multiplier and can mani..

Vivachel is a great support monster with ignore immunity third skill. Like others Harp Magicians, he..

Vivachel is a great support monster with ignore immunity third skill. Like others Harp Magicians, her first skill absorbs part of enemy's attack bar and put it to sleep with low chance. The second skill is a mass heal plus immunity for 1 turn to all allies. The third skill is what can make her a gam.. 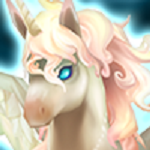 Eleanor (Light Unicorn) is a great support hp type monster in Summoner War. The Light Unicorn have a..

Eleanor (Light Unicorn) is a great support hp type monster in Summoner War. The Light Unicorn have a great skillset, somewhat similar to Molly's and Camilla's, with decreased chance of getting critically hitted and less damage from crits, this makes Eleanor intrinsically very tanky. Moreover in Huma..